I am an amateur runner who trains every two or three days for a total of about forty kilometers a week.

Right now being a bit overweight and needing a technical shoe for running, which is very cushioned for running on asphalt, but can also be used on mixed terrain, I chose Hoka One One and, more specifically the new Arahi model.

After a careful postural analysis done at a static level, using the podoscope and dynamics, thanks to the use of Run Scribe sensors, I am more aware of the dynamics of my support, in both feet and I believe that a shoe such as the Arahi 3 have the characteristics suitable for me ... this at a theoretical level .... now all that remains is to test them in a workout that is not too long: for me the 11 kilometers are a good test !!!! 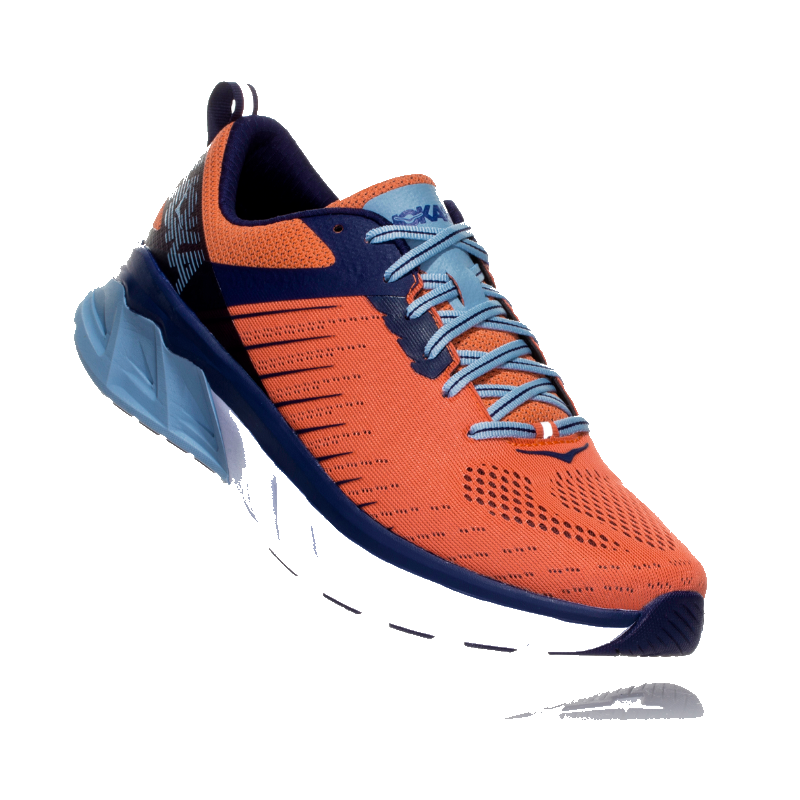 First training went great, between asphalt and dirt road, with some climbs and descents in the Venetian countryside ... zero pain in the knees and joints, good support even in descent and in the disconnected ground.

In fact this shoe with its 29 millimeters of detachment from the ground in the heel area, is very opportune even when, due to tiredness or not always flat ground, I personally tend to heel. An excellent grip also on the dirt road, (considering however the dry soil and the brand new shoe).

As for the situations of asphalt without slope, the Hoka One One differential, which is designed to move the center of gravity slightly forward, weighing less on the knees and gradually making tendons and calves work, has been really appreciated and effective.

I feared a lot, coming from the previous Running Altra Paradigm shoe, that I was too used to having a very large plant especially in the forefoot area, but always using my trusty Injinji 5-toed socks, which improve propositivity ( the ability to recognize the movements of your body, without the support of sight) of the toes in the run, which also favors the correct movement of the final parts of the foot itself, I was pleasantly surprised by the elasticity of the upper produced in this model by the Hoka brand One One!!!

After wearing shoes, when they are no longer usable even for walking, do not throw them ... we are working to make our contribution to a better world .... recycle them !!!