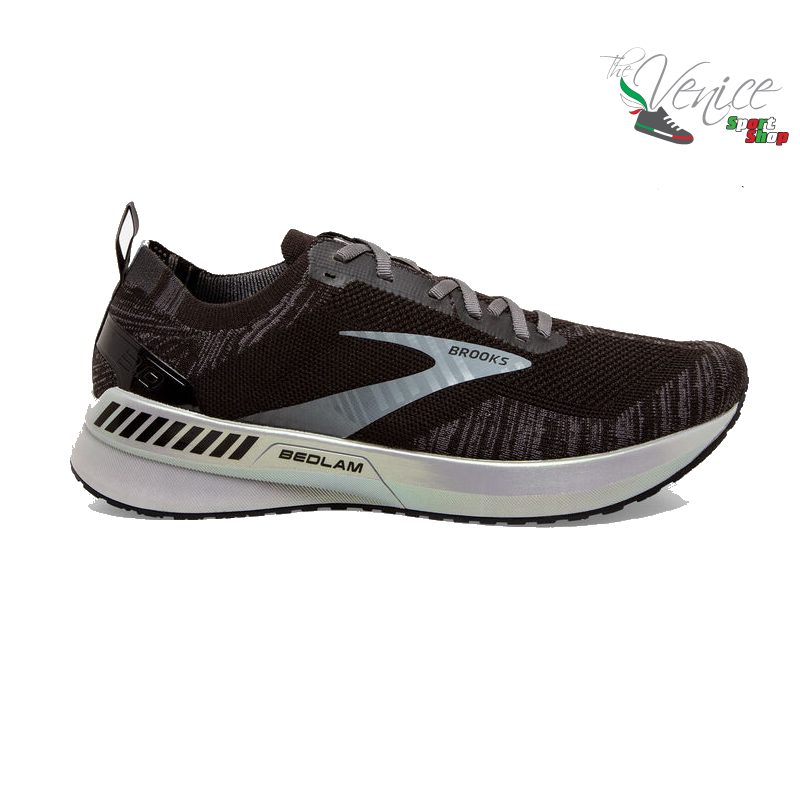 If you are looking for a shoe with maximum energy return, but you need a support of dynamic stability, you just have to come and visit us in our stores to try the brand new Brooks Bedlam, now in its third edition.

The long awaited Brooks Bedlam 3 is finally here, with 20% lighter AMP DNA than the previous version, and GuideRails dynamic stability support, which will make you run even faster and more supported.

Upper: the upper is made of FitKnit, which fits like a sock, has been updated compared to the Bedlam 2, much more breathable, soft and snug.

Midsole: Made entirely of DNA AMP, in this version 20% lighter than the previous one, which returns energy at the same time as the force of the impact on the ground is applied, as well as guaranteeing great cushioning. The shoe also features GuideRails technology, the antipronation support that allows you to place your foot correctly even when fatigue becomes more felt, also preventing injuries to the knees